To begin with, I would like to explain the basic terminology used in my presentation.

Aspect is a point of view on the problem.

Import substitution is the process of replacing imported equipment, materials and services used by key consumers with domestic products.

Import dependence of an industry, company is the share of consumption of equipment, materials, technologies and services of foreign origin in the main activity. In our case it is dependence on imported technologies and equipment in the production, storage, transportation, processing of oil and gas, i.e. consumption of imports resulting in import dependence. It is very difficult to precisely quantitatively rate this dependence in the oil and gas sector, especially in pipe valves, because no aggregate data is publicly available. But, based on the analysis of the statistical data published by the State Customs Committee undertaken by experts of the Research and Industry Association of Valve Manufacturers and analytical studies by the Central Scientific Research Design Institute for Modern Technologies in the Valve Engineering Industry, it is possible to make firm conclusions about the presence of a serious dependence on imported valves in all process stages of production, transportation, storage and processing of oil and gas.

Figure 1. Dynamics of imports of pipe valves to Russia (in value and weight terms) 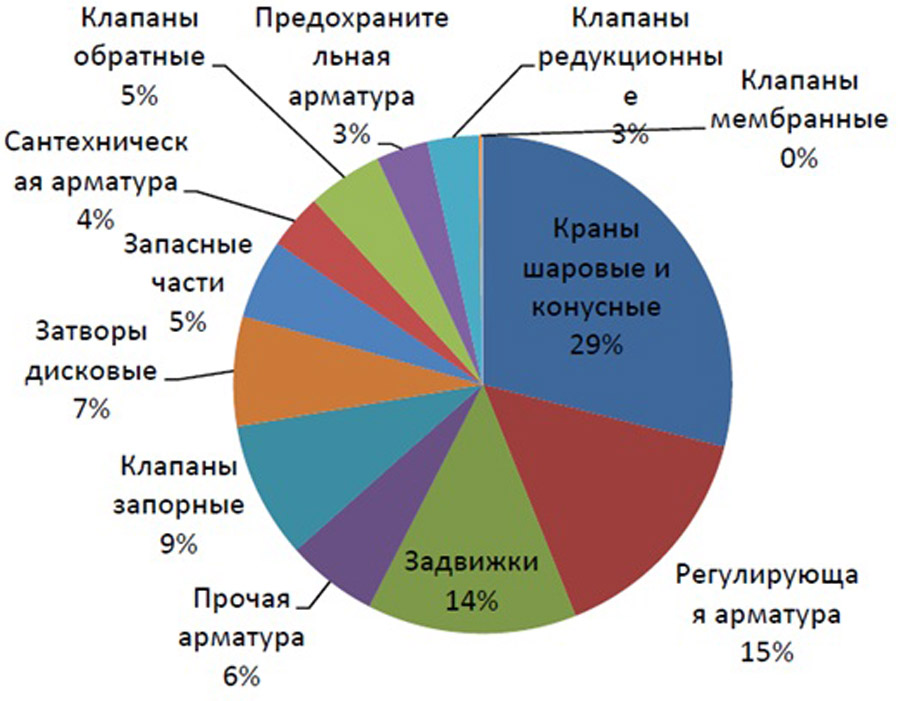 Table 1. Application structure of Russian and imported equipment in the oil and gas industry

Table 2. Import dependence of OAO Rosneft in terms of supply of pipe valves in 2012.

In order to make import substitution in pipe valves effective, we must, in our view, objectively determine the main causes of import dependence in the oil and gas sector. The basis of this dependence is the imbalance between demand for valves and competitive supply by Russian manufacturers, and it is clear that demand is outstripping supply and the existing deficit in both quantitative and qualitative aspect is covered by imports. Due to the fact that the oil and gas industry, being the basis of the Russian economy, is constantly in a state of accelerated (compared to other industries) development. The decisive factor when ordering all types of equipment for capital construction, operation, maintenance in the oil and gas industry is not the general ability to produce valves in large quantities, but timely production and delivery at the desired point in time (in-time concept). Delays and disruption of deliveries by Russian valve plants is a quite often occurrence and negative expectations contribute to deficit.

The second major factor of the current imbalance is insufficient supply by Russian valve industry of pipe valves intended for modern processes of production, transportation and processing of oil and gas.

Due to the depletion of hydrocarbon reserves in existing fields and given the perspectives of development of new reserves in remote and climatically difficult conditions, there is a need to develop and implement new technologies of production, transportation and processing – the so-called enhanced oil recovery methods (EOR), deeper oil processing, bitumen oil processing, processing technologies for liquefied natural gas (LNG), etc. At present, these processes largely involve the use of foreign technology requiring the use of appropriate pipe valves, virtually unavailable from Russian manufacturers. Consequently, import dependence in this case arises from purchasing and implementing imported production and processing technologies.

3. Analysis of the existing range of pipeline valves manufactured in Russia

Imported valves are used in such projects not because it is better than Russian products, but due to the formal absence of Russian valves meeting technical requirements of the project. Let me remind that in the last 20-25 years new technologies for production and processing of hydrocarbons were mostly purchased abroad, rather than developed locally in Russia; therefore, nobody ordered special-purpose valve products from Russian valve manufacturers and designers.

What do our customers need?

Table 3. Main types of imported valves for the oil and gas industry.

Format and time of this presentation do not permit a detailed analysis of the comparative specifications of Russian and imported valves throughout the product range, but objectively looking at products with same functional purposes and operation conditions, we can see that Russian valve products are not inferior to imported products, and in some cases have superior reliability and service life. For example, OOO TSNIPI STARK performed an analysis of the praise to the known German company Bopp@Reuther.
Quote –

“Question. By the way, what are the environments and industries that your products are now used in?

Answer. In Russia, we mainly sell API valves for the petroleum refining industry. Unfortunately, not always the quality of the product becomes the key to winning a tender. If the key factor is the price, it’s hard for us to compete with Russian companies. We supply equipment mainly for those projects where the specifications refer to API standard. Russian manufacturers have not launched mass production of spring safety valve according to this standard. Therefore, when the questionnaires require design according to standard 526, analysis according to APIPR 520, tightness according to API 527, the only option is foreign suppliers, among which the most active are German, American, sometimes French companies.” (Interview with A. Pavlyuchikov, engineer at Bopp@Reuther, published in Vestnik Armaturshika #4 (16) 2014).

Below is a comparative analysis of the substantive requirements of API and Russian GOST standards.

Table 5. Comparative analysis of the substantive part of API 526 and Russian GOST 31294

GOST 31294 Direct-action safety valves. General specifications. The standard is most compatible in terms of its content with API 526. GOST 31294 contains sufficient information and references to other standards securing technical parameters not lower than those given in API 526.

The results of our analysis show that cited competitive advantages of Bopp@Reuther have no competitive advantages in terms of reliability, operational characteristics in terms of these standards compared to safety valves by OAO Blagoveshchensk Valve Plant. Besides, valves designed by that Russian plant also meet API standards, but this compliance should be properly documented and confirmed. But in terms of indicators of reliability in continuous operation, it still has to be examined what will happen with Bopp@Reuther valves after 80,000-100,000 hours of operation, because in ASME SECTION VIII the basis for determining allowable stress is properties after 100.000 hours of operation, while Russian regulatory documents and safety regulations require that design specifications are met after 200,000 hours of operation as confirmed by life cycle tests.

Solving this large-scale problem requires mobilization and effective use of following resources:

So, what we have today.

State of Russia’s R&D base in valve engineering allows to develop new valve designs using new materials and technologies. Not all new steels and alloys developed in 1970s and 1980s have been applied in recent years, but some have been. OOO TSNIPI STARK and ZAO Konar in Chelyabinsk analyzed the applications of steels in imported valves for petrochemical plants and identified equivalents that are manufactured in Russia.

In sealing technology, in some aspects, especially with the use of thermally expanded graphite, we are the global leaders.

They have developed and implemented new processes for strengthening and protection of the working surfaces of gates, bulb stoppers, bodies by ion-plasma, gas-thermal spraying, laser cladding.

We have a lot, but even if something is absent, it is necessary to use the global R&D knowledge from open sources; import substitution is not self-isolation, rather it means developing domestic production on the basis of the best international practices.

Yes, we have a lot, but still more needs to be done – and done by the manufacturer and the customer together.

Unfortunately, import substitution efforts in valve engineering are individual and isolated. But there are also examples of a systematic approach to import substitution. Thanks to cooperation with OAO AK Transneft, the following was achieved:

Group of companies – OOO Gusev Valve Plant Gusar in Gus-Khrustalny, ZAO Konar in Chelyabinsk, Central Scientific Research Design Institute for Modern Technologies in the Valve Engineering Industry in Moscow, ZAO Industrial Investment Company Energotrast in Moscow – embarked on a comprehensive program of import substitution of valves for the oil and gas sector and energy. It is obvious that the issue of import substitution, reducing import dependence (which, in our view, is the primary task) is now more relevant than ever, but the group of companies mentioned above launched its efforts in that direction more than four years ago. Over those years extensive work has been done to build actual design, engineering, production, human capacities for solving virtually any tasks related to pipeline valves. First, a design and process design institute was established and staffed by experienced professionals in valve engineering, welding, foundry processes. Second, a modern foundry operation producing body castings for critical applications was launched (ZAO BVK in Chelyabinsk). Third, a modern industrial complex with an area of 20,000 m2 outfitted with high-precision and high-performance machining, welding, cladding, testing equipment and relevant processes was built and put into operation in Gus-Khrustalny. First successful import substitution projects were undertaken for OAO AK Transneft: cavitation-free ball pressure reducing valve (replacing similar products by Metso Oy, Finland), safety valves block with a pneumatic control system (replacing similar DANFLO valves by M&J Valve, USA). It should be noted that the positive result of this work was due to the systematic focused interaction between OAO AK Transneft, OOO NII TNN, OOO Gusar and OOO TSNIPI STARK in all phases of product development – from drawing up clear specific terms of reference to performance tests, and, most importantly, the commitment of the customer’s team (OAO AK Transneft and OOO NII TNN) to bring the work to the final result – and we, the contractor in that project (OOO Gusar and OOO TSNIPI STARK), are very grateful to them for this. It is this project that was the starting point for further large-scale work on import substitution in different types of valves for the petrochemical industry and energy.

Application: designed to protect piping and equipment from excessive pressure and hydraulic hammer effects.
Working media: commercial oil, oil products, water, etc.
Climatic design: GOST 15150-69 (from -60°C to +40°C);
Seismic resistance: valves are seismic resistant up to score 10 on MSK-64 scale.
Process connection: flanged and welded.
Design: there can be from one (plus one spare) to four valves in one installation.

Purpose: designed for use as control or stop and control valves in the petrochemical industry, energy, and other industries.
Working media: commercial oil, oil products, water, etc.
Leakage class: depending on the gate leakage class, valves are available in three versions – “A”, “B”, “C” according to GOST R 54808-2011.
Process connection: welded, flanged.
Gate placement category: 1 according to GOST 15150-69.
Climatic design: GOST 15150-69 (from -60°C to +40°C).

To summarize, I would like to emphasize once again – the key to success is the mutual desire to solve the problem and seek support from our customers in the implementation of the program of import substitution. Only joint work on import substitution will allow to overcome the dependence on imports.

Thank you for your attention.